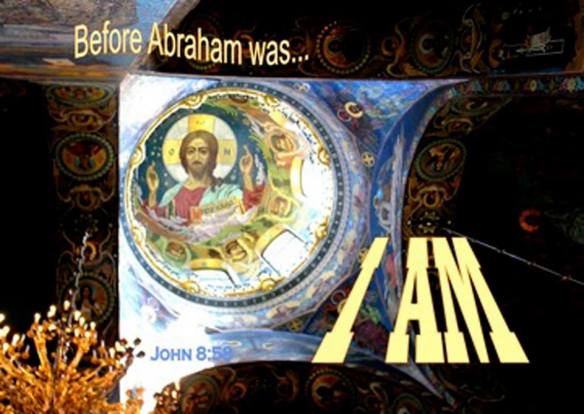 He gives spiritual food to the poor in spirit. He is the True Light. He opens the way for His sheep to follow Him into eternal life. He is the  resurrection and those who believe in Him shall never die. He is the Way.  He is Truth.  He is life. Without Him, there is no life.

Jesus called Himself by many titles by which the Jews would know Him.  But this proclamation, He could have been stoned for it.  He proclaimed to be the Great I AM!

The Jews took up stones to bash Him!   They thought He had blasphemed God.  They would have stoned Him till He was dead, like the first Christian martyr Stephen.

I don’t know how He hid Himself and went out of the temple grounds.   I think that requires a miracle in itself.  An angry crowd comes at you and you hide yourself?  But it was not the time for Yeshua to die.