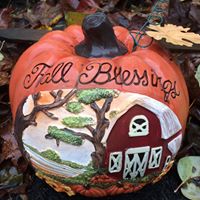 On the ship dubbed Mayflower, Pilgrims sailed o’er the sea

To a land where these Christians would seek their liberty

To live in obedience to God Almighty above:

It would take their sacrifice, their courage, their patience, their love.

*
After a hard and long voyage, they were “brought safe to land”

Through perilous seas by the Lord’s gracious hand.

And lifted their voices in thankful blessings to God.

*
The Pilgrims settled down in Plymouth, after weeks of exploration

And built a common house, the start of their plantation.

There was good fertile soil and water flowing from fresh springs

And forests filled with nuts and berries and other tasty things.

*
That first winter was harder than most humans could bear

But the Pilgrims, without complaining, trusted in God’s care.

God forged these hardy Pilgrims, and destined a new nation.

*
That first spring was welcomed and they planted the rich fields

And prayed for a harvest of a hale and hearty yield.

So over that first summer, lasting friendships were gladly made.

*
So greatly was appreciated the harvest of that fall

That the governor named Bradford sent forth a public call

To thank the Lord Almighty in a very special way

With a time of prayer and feasting – a Thanksgiving Day!

*
The chief of the Indians came and brought ninety more

Feeding all those people would really be a chore!

But the Indians didn’t come empty-handed in the least

They came loaded down with goodies to add to the feast!

*
The Indians brought plump turkeys and plenty of deer meat.

Dessert was not forgotten: they made puddings and pies so sweet

And the Indians popped popcorn! Yes! For the Pilgrims, a new treat!

*
They ate and ate, then had some sport and took some time to play

But Thanksgiving is more than food and fun: it is a time to pray.

So the Pilgrims and the Indians humbly bowed their heads

Remembering God’s goodness, a prayer of thanks was said.

*
So it came to pass in that year, sixteen-hundred twenty-one

In the beauty of the autumn, this celebration was begun.

One more fact about this fine feast of gobble-gobble glee:

That very first Thanksgiving was not one day … but THREE!
*
© 2008 CAVenable

See a silly poem for Thanksgiving!